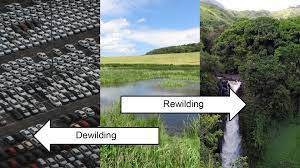 Journey by day, Pilgrimage by night

Before a journey gets underway, in the ordinary course of daily life--“where are we headed?”–is asked and answered. Not so, a pilgrimage of self-inquiry: “How best to keep one’s company, forever?“, for example. This question has captured the interest and energy of sages and mystics, average people and savants–throughout the human record. It defines the orbit, the telic purposes and occult history of the Western Mystery Tradition.

Pilgrimage: “…a journey, often into an unknown or foreign place, where a person goes in search of new or expanded meaning about their self, others, nature, or a higher good, through the experience. It can lead to a personal transformation, after which the pilgrim returns to their daily life.” Source: Wikipedia

As each dawn follows night, we re-enter the routine of “daily life” in a state of Waking awareness. In the Western Mystery Tradition (“WMT”) Waking awareness is aptly symbolized by our “Day Star”, the Sun.

Where does Life begin? Answer: we presume, in the West, life incepts in utero. The esoteric tradition of wisdom studies in the West ascribes in utero experience to the domain of the Moon. The tides of the oceans and the watery world of the womb are ruled by the Moon. In occult studies this association of womb and Moon is axiomatic.

Also axiomatic, we reserve one’s identity for the occasion of one’s nativity–at which point one of twelve signs of the zodiac becomes a personal “Sun sign”. This zodiacal identification with the Sun is patently ex utero. How then, do we consider one’s Lunar identity in utero?

The Lunar identity for each little “voyager under the sea” goes by one name in many forms: Mother, Mom, Mama, Mater!

Cancer is the zodiacal signature for Mother. By tradition Cancer is ruled by a luminary–the Moon. If identity begins in the womb with Mother, but one’s Sun sign identity waits until the individual is ex utero, may we infer, one’s nativity presumes a Lunar ontology? Said another way–Non-waking awareness appears to be a priori to Waking awareness. Considering the bias in the West for the efficacy of one’s direct lived experience in a Waking state–How to give Non-waking awareness its due! poses a big challenge.

Introducing: Rewilding Occultism. The Western Mystery Tradition in Modern times calls out for it.

Is “Rewilding” a term used by radicalized conservationists in the West? Answer: yes.

If Rewilding were considered a cosmology, indigenous citizens around the world might wish to impress it upon the psyche of the West by any peaceful means possible at the earliest possible moment.

Years ago during a visit to the rainforests of Ecuador we participated in a series of walking tours focused on medicinal plant identification. The rainforests we visited had never been subject to logging and were simply breathtaking to behold. Every so often we would encounter an opening in the trees–and our guides would stop to explain–“please cover up–we will be entering the jungle shortly–the insect threat is hostile and overwhelming”. The local guides, in order to convey danger, had adapted the term “jungle” to refer to a clearing in an otherwise aboriginal forest.

Sure enough—the first time we entered a clearing the “safety” of the forest ended abruptly. How does a clearing occur in an aboriginal forest? The first clearing we encountered, our guides explained–“sixty years ago the clearing in front of us was made to produce coffee. It was subsequently abandoned after only a few harvests–but the trees and vines of the forest will not soon return”.

In the course of several days of trekking in Ecuador, each clearing we encountered, and, thankfully, they were few in number, was an anxious moment. The insect life in a “clearing” was intensely hostile. The only remedy–to return to the shadows and protection of the canopy as quickly as possible.

If Rewidling is an Edenic pursuit, contrast “Dewilding”. Think: clearing.

Producing coffee, on its face, is not draconian–its impact in the rainforest of Ecuador, however, was dewilding. Dewilding consequences can be lasting and unwelcome, no matter how unintended. What empowers Dewilding? Dewilding is empowered by a horrible secularization of a New Jerusalem–the Western concept of marketplace.

Are the hermetic arts and practices in the West subject to Dewilding? Answer: beware of shiny objects.

Beware, as well, of studies whose “magic” is guided by preoccupations with “fortune, destiny and romance”. These are “shiny objects” whose primary purpose is to “delight the Mind”. It takes practice and repetition to appreciate how “shiny objects” serve forgetfulness, not remembrance.

Rewilding Occultism begins with visualization. Visualizations are personal; the onset of a great Pilgrimage with transformational power begins with a vision. Non-waking awareness is uniquely adapted for visualization. A simple practicum: before sleep, visualize Rewilding on a cosmic scale. Repeat.

Practicing visualization with intention will help eschew the “shiny object” while attracting the adept, the guide, the epiphany, even the Trickster to the Rewilding venue–our Non-waking awareness which is metaphysical, weightless and unbounded.

Tarot: Contemplate the Major Arcanum of the Tarot for its symbols, numbers, color, elements, Alchemical, Kabbalah, and Astrological content; experience the gestalt of each arcanum. Let it take precedence over a Tarot tableau whose focus is prognostication.

Beyond Tarot: Carefully reading excerpts from the anonymously written,“Meditations on the Tarot” for its unique capacity to speak clearly to subjects of great heart and depth beyond the claims of Western science or religion.

Astrology: The legacy of Hellenistic Astrology made many contributions to the tradition of houses, planets, luminaries, angles and constellations comprising the grammar and syntax of the horoscope. The Profection Year may be first among these contributions. If you have interest in developing the power of Non-waking Awareness for its capacity to breakthrough “daily life”–the Profection Year beckons. The Profection Year, working in increments of 12 years, is a gateway for recognizing and appreciating anew the recurrent themes of one’s incarnation into history. Want to know how to re-consider your life at age 12–or even as a newborn? Consider recalling what was happening at age 24, and again at age 36. Then consult the Profection Year horoscope.

Kabbalah: Depending upon one’s level of training with the pathways of the Tree of Life, the Gamatria or the intricacies and histories of the Sephirot, excerpts from the “Essential Kabbalah” by modern scholar and practitioner Daniel C. Matt can be very provocative. The Hebrew and Christian adaptations of Kabbalah are not to be missed. Their contributions to Western Occultism–may only be understated. Daniel C. Matt has a gift for making the subject matter of Kabbalah accessible.

Inspiration letters: Beyond the claims of science and religion–the poetry of T. S. Eliot (U.K. and America) the verse of Antonio Porchia (Argentina) and the literary criticism of Northrop Frye (Canada) will take your breath away–if you give them berth. Suggested excerpts: “The Lovesong of J. Alfred Prufrock”, “The Four Quartets” by T. S. Eliot; “Voices” by Antonio Porchia; “The Northrop Frye Quote Book” published by Dundurn Group Ltd.

Because remembrance is the prize, and idiomatic fluency, not memorization, the goal, we bid you peace through practice!

May the Sun follow the Moon all of our days.

Shall we humbly invite Rewilding into our lives? So let it be done.

Should you have time to consider a musical reflection to accompany this post, we refer you to: Mantra for Tibet – Buddhist Monk Chant 2 performed on 26 July 2009. The recording was produced by THE LAMA’S CHANTS – Songs Of Awakening – LAMA GYURME: The Tsok Offering. https://www.youtube.com/watch?v=vmz9kAEiTSc&t=45s

This edition, No. 34 of the Astrologers’ Folio commentaries, is dedicated with love to the memory of Thomas Beitzel who left this world to Rewild the next– on Monday 16 August 2021 at 12:18pm CST.

The Astrologers’ Folio, a digital venue for students of occult history and the Western Mystery Tradition.