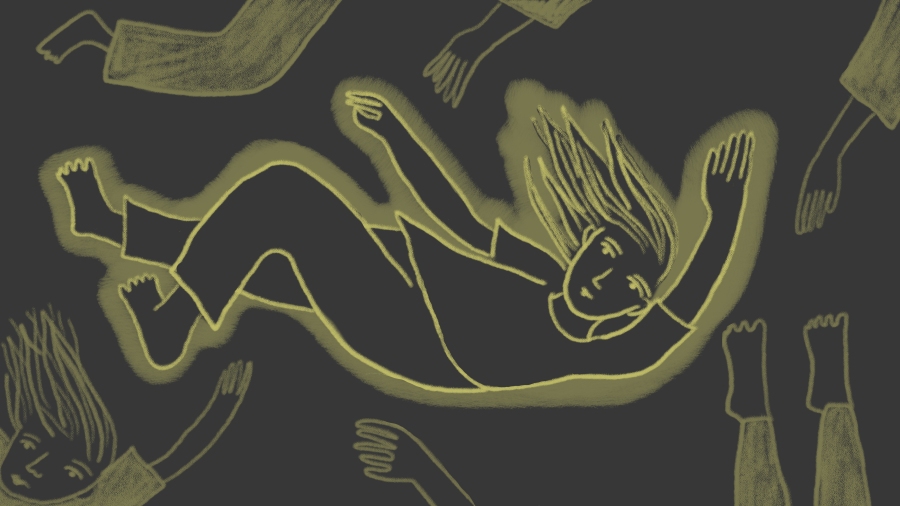 Who is Anaxagoras? He was born in 510 BCE. He joins the community of Pre-Socratic philosophers (Socrates would be born in 469 BCE). Describing the Milky Way as an amalgam of distant stars is attributed to Anaxagoras. He was particularly interested in Natural Philosophy.

Tarot is the product of non-waking awareness organized by a capacity to reason in a waking state. Consider the Tarot a psychic Milky Way where unnumbered separable moments of direct personal experience compete, like sparks, for attention. The Tarot is a tool to abet self-discovery leading to Wisdom.

In today’s post we meet Tarot’s Major Keys 5, 6, 7, 8 & 9. The Major Keys, all (22), are intra-connected, profoundly so. Like the recent introduction to Major Keys 0, 1, 2, 3 & 4, we consider the next five in a similar way– at a very high level— where it is possible to begin to glimpse a cascade of symbolic intra-connections.

With practice the intra-connections reveal themselves.

Astrological influences are also present in every Major Key. The placement of planets, luminaries and the persona of the zodiac amidst the Major Keys is central to understanding the hermetic architecture of the Tarot. It is useful, consequently, to appreciate the basics of astrology including rulerships, viz., Mars is the ruler of Aries and Scorpio.

It is also important to understand the decans of each sign, and which planets are exalted in which signs—Mars is exalted in Capricorn, the Moon in Taurus, for example; Jupiter in Cancer, Saturn in Libra. The signs form triplicities that define decans. Aries decanate, for example, is comprised of a triplicity of fire signs, Aries, Leo and Sagittarius. In order to appreciate the decans the elements of Fire, Earth, Air and Water also need to join the kit.

Whole systems are beautiful to ponder–they simply cannot be “pondered” by reason (Mercury) or waking awareness (Sun) acting alone or together. Of all the tools and methods supporting spiritual well being, the Moon, the High Priestess, and intuition––as they serve non-waking awareness— are the first among equals in the company of Mercury and the Sun.

The identity of Major Keys 0-9 express as objects, attributes of our nature, or persona. We know the persona of the first ten Major Keys as follows: The Fool, The Magician, High Priestess, The Empress, The Emperor, Hierophant, The Lovers and The Hermit.

The object of Major Key 7 is depicted as the Chariot; Strength, Major Key 8, represents an attribute of our nature.

The lexicon of the Tarot within Western Mystery Tradition occultism is a rich wisdom tableau. And we sense the legacy of our psychic Milky Way before entertaining the inner workings attributable to the Jewish mystical tradition of the Kabbalah, including its Christian adaptations! Tarot is a rich vein to mine.

Kabbalah: each Major Key is denoted by a Hebrew letter (lower right corner).

The Hebrew alphabet is comprised of (22) letters. While symbols and colors appear in more than one Major Key, each Major Key is uniquely identified with one and only one Hebrew letter.

The significance of each Hebrew letter requires familiarization with Kabbalah’s Tree of Life (image right above) and the heritage of its esoteric numerology, the Gematria. [For the precocious among you, should you yearn for extra-curricular opportunities to learn about the Kabbalah at this point in your journey with Tarot, let us introduce you to the work of Daniel C. Matt (image left above), “The Essential Kabbalah, The Heart of Jewish Mysticism”, Harper Collins, 1995, with a cautionary note: by tradition, “before the age of forty, no student is ready for kabbalah.”]

How best to prepare to enter the psychic space occupied by the Tarot?

The most efficient way to study Tarot is to keep a journal. Insights will be ongoing (breaking through) and are best written down for future reference. The act of writing and drawing are themselves practical ways to embed images and associations in the domain of non-waking memory.

Not predicted by the parts. Buckminster Fuller might add—[paraphrase] “gestalt is not merely the comprehension of whole systems—it is the awareness that whole systems are unpredicted when considering constituent parts alone.”

The brain is but one organ of the mind. The great 20th century CE literary critic and theorist, Northrup Frye, made this observation while studying 18th century CE mystic William Blake: “if mind means the acting [person]…the hazy relationship between the mind and the brain is to consider…the latter… but one organ of the mind.“ (Source: “Fearful Symmetry A Study of William Blake” Princeton University Press, 1947).

How to use these points of view? Begin by allowing for the following possibility: Will is not a human faculty. The Lord’s Prayer reminds: “….[not my will but] Thy Will be done”. In modern parlance: Universe is not comprised of competing first causes. As human beings it may be privilege enough to intermediate between G-d* and Nature.

* [Omitting the letter “o” to complete the spelling of “God” was deemed an act of hubris and thereby to be avoided. The humbler abbreviation, “G-d”, for millenia–has been the convention.]

“We do not come in contact with Super-consciousness with the self-conscious mind.”* In Key 6, The Lovers, the man is not even aware of the Angel overhead–he is only aware of the woman.

0 The Fool—-Freedom from every limitation. The beginning before the beginning. Original Light. Sun.

3 The Empress-—Multiplication of ideas. Desire. Venus.

4 The Emperor–Order by Reason. The capacity to organize (v. originate). Mars.

7 The Chariot—Will power as not a human faculty. Speech. Cancer.

What types of Intra-Connectivity can we observe at a quick intuitive level?

Want to learn more about the Major Keys than we could possibly attempt to share in the AF format?

There are numerous competent teaching resources for studying Tarot. The AF features the work of Paul Foster Case.

His work with the Golden Dawn and subsequently as a founder of the Builders of the Adytum curriculum speaks for itself. Many Tarot experts today acknowledge his work. Consider reading:

“The Wisdom of the Tarot, The Golden Dawn Tarot Series 1”, was first published in 1931 as “Tarot Instruction, Section First” by The School of Ageless Wisdom, Boston.

“When does all “good” become uncertain?” Before we close, we pause for a brief homily to recognize the title of today’s post.

When does all “good” become uncertain? Is this question central to the study of Tarot? Answer: Yes and no.

No– if we presume tomorrow will rescue us from today.

Yes–if we acknowledge how an apparently unique confluence of forces—massive flooding in China, this week’s earthquake in Mexico, the anxiety of a worldwide pandemic, the uncertainty of work and financial stability in countries around the world, the risks posed by travel and social interaction–add to this a joyless and endless political season in America; all these forces appear to be calamitous, naturally engendered or not–and ever present in our awareness–thank you media, social, digital and televised.

Boundaries of suffering have become blurred and thereby, saddening and heavy (because we do not as yet grasp sufferings cannot be bounded–sufferings can only be shared). The hapless forces we host in consciousness, consequently, must become distortions of the human moment. Today’s traumas are a form of sleep deprivation—nothing seems right. Everything hurts. No one dreams this way.

Now Enter: a sense of disparity of every stripe and persuasion, and a palpable and bitter bond takes form–as we watch the human condition vulgarize itself. We study every mirror to confirm the distortion.

Will creativity every again intermediate a Pietà?

Has Jerry Springer been prescient? Must we construe all commerce as a process to micro-monetize to the smallest units of pixels, real estate or time–to sell class action PSAs, soap or pharma?

Are today’s circumstance beyond love’s reach, beyond our call to community, beyond a hope for common purpose?

Answer: Yes and no.

Yes, if concentration and reason are not full partners with our intuition.

No, if we are paying attention.

As self-governing creatures, human beings cannot be inept by every measure and also capable of harming universe. Are we good at harming fellow human beings?—we are aces. This claim to fame, however, is like one star amidst the Milky Way harming itself. Worse–it is like one small planet harming itself. It is beyond self-isolating (we are already marooned to this address). The hubris it requires might be the only feature that is “big”.

If gravity and goodness no longer serve us as first principles–and we surmise “all good becomes uncertain”, can any architecture of moral prosperity prevent the poverty of spirit that must follow? If we lose our role as intermediary between G-d and Nature are we more than moths? Was Malthus the more complex thinker?

To doubt the power of “good” to cohere the Cosmic nature of our journey as Earthians is to devalue all goodness. If we concede “good”, for all its appeal, it must remain uncertain to protect the relativism of our time–one certainty shall surely follow: the bad actors on today’s stage will be followed by seriously bad actors. We may soon enough reminisce the buffoonery and the ineptitude of the day to make the point.

Social distancing will no longer serve as a prophylactic for disease control. It is on its way to become our oxymoron du jour–a physical metaphor prefiguring social collapse not recovery.

Anaxagoras, who ably described the Milky Way, also theorized: “The descent to hell is the same from every place.”

Find a practice that connects you to a community of like minded people who believe deeply three things:

1. tomorrow is promised to none of us.

2. Love is the unsummoned quanta of meaning.

3. Meeting on the “other side” can no longer serve as the goal. It has the effect to deny the Angels.

We close quoting, now departed Mariah Fenton Gladis– one of the great intermediaries of Gestalt training in our time, who offered this promise: “You [we] arrive already loved.”

We bid you Peace and blessings and resolve,

Should you have time to consider a musical reflection to accompany this post, we refer you to: “Moods, Impressions, and Reminiscences, Op. 41, (arr. by Jan Kubelik) Poème By Zedeněk Fibich, Tasmin Little and Piers Lane–virtuoso violin. Key word: Remembering.

The Astrologer’s Folio, a digital venue for students of occult history and the Western Mystery Tradition.